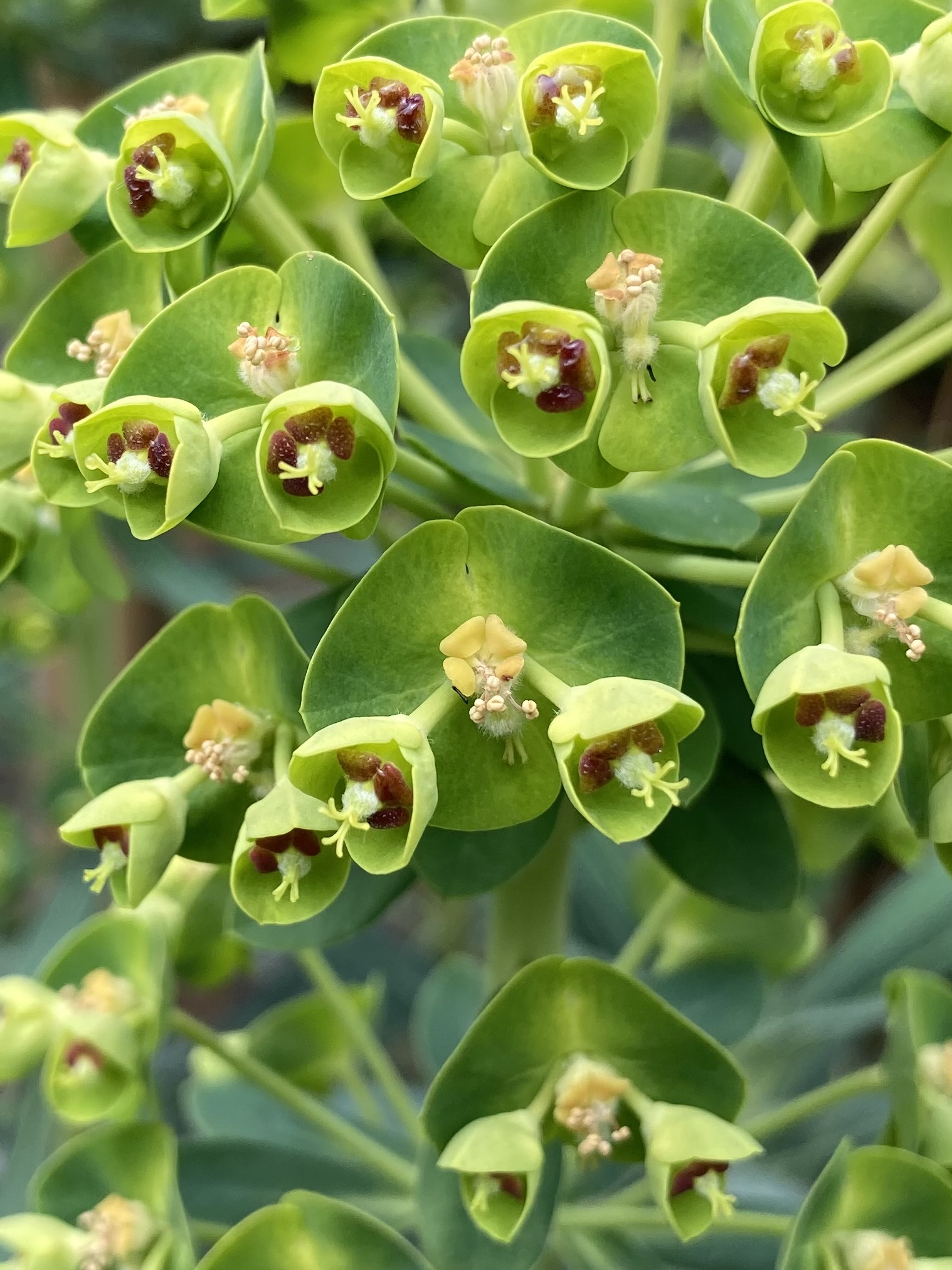 The focal point of this garden was an old trampoline and ageing fence and the garden lacked shape and visual interest.

The fence was replaced and the borders shaped and enlarged. Existing plants were moved to sit alongside new species to form a planting scheme reminiscent of an English cottage garden.

The trampoline was replaced by a painted summer house and circular patio of Indian sandstone to create a beautiful focal point from the house.

This garden has a dry soil under neighbouring large trees, little light on the opposite side and existing plants were struggling to thrive.

A Mediterranean theme was perfect for the south facing and dry borders accompanied by shade loving evergreens in the darker zones.

Old and overgrown shrubs were removed, the soil prepared and the fence and trellis replaced.

We chose Olive trees under-planted by Lavender and Thyme as the center point for the Mediterranean garden. Evergreen Jasmine and Yuccas work as a foil for the purple Erysimum and Salvias which grow against the wall.

A variety of shade loving evergreens provide year round colour and foliage for the shady borders and in spring white Daffodils, Bluebells and purple Alliums adorn the borders before the rest of the garden comes to life.

A beautiful wall of reclaimed bricks was built but none of the plants survived. The battered soil was conditioned and the border enlarged and shaped for the new plants.

Hornbeam trees were planted to provide screening above the fence. A simple colour palette of purples, greens and whites was chosen to compliment the warm colours of the wall. White Hydrangea pompoms contrast with the purple spires of the Lavender and Salvias, while the evergreens of Osmanthus, Pittisporum and Jasmines provide year round interest. The opposite border was then planted with the same plants to provide visual balance and unity.

In spring white Tulips sit next to clouds of blue Ceanothus and white clematis, with Bluebells and white Daffodils beneath the old fruit trees.

This garden had a rotten shed, no privacy from neighbours on one side and lacked trees or mature plants. Firstly a painted shed was installed alongside trees and a wall-top trellis for added privacy. A picket fence was put in to separate the children’s play area from the lawn and shaped borders were created. Two circular patios of Indian sandstone were added to provide areas for entertaining family and friends, and a hidden children’s play area was installed at the rear of the garden.

A variety of plants were added including flowering Cherry Trees, an evergreen Cotoneaster to hide the trampoline and Silver Birches to screen neighbouring houses. These were under-planted with pink and white Roses, Hydrangeas and Lavender. On the walls Wisteria, Clematis, scented Evergreen Jasmine and climbing Roses grow. Ferns and evergreens with pink and variegated foliage add texture and colour in winter. To complete the garden a winding path of sandstone stepping stones was added which leads the eye to an attractive seating area and painted summer house.

Steps and a raised wooden boardwalk were installed to access the children’s play area at the end of this slopping garden.

The family wanted a peaceful space with low maintenance planting which they could enjoy all year round. The light gravel in the Japanese style lift and lighten the garden especially in winter. The large stones provide a sense of space and backdrop for the dwarf evergreens, Japanese Acers, flowering Quince and scented Jasmine.

The garden was a blank canvas following extensive building works to the house. However the foundations of an old brick wall were found which needed to be removed before the picket fence could be installed.

A painted bicycle shed was installed and two lawns placed either side of the gravel path, bordered by a variety of formal evergreen shrubs to give structure and interest year round.

English lavender flanks the path with purple Penstimons, Osteospermums and fragrant Skimmia Japonica. A bench provides a view of the river Thames and two Bay trees welcome you before entering the house.